Sitting in the sunlight, catching a strong whiff of lilac, praising God for this beautiful day.

There is nothing special about this day, it’s just another day in the year, yet I am compelled to ponder the mundane.  Continue Reading
END_OF_DOCUMENT_TOKEN_TO_BE_REPLACED

Sin and blame entered the world that fateful day when Eve succumbed to temptation and was cast Out of the Garden.

Even though we can no longer live in Paradise, God did not leave us, lets take a look at The Rest of the Story continue reading

I’m honored that Sister Anne of the Daughters of St. Paul asked me to guest post on her website. We “met” on twitter because Sister Anne wanted her followers to know about my books, which are an alternative view of Tudor England to Hilary Mantel’s in Wolf Hall.

“A few weeks ago, I mentioned the TV series “Wolf Hall” and its inaccurate presentation of St Thomas More, recommending a series of novels set in the same time frame that offer a very different (and more true to life) perspective. Today NunBlog is honored to welcome author Nancy Bilyeau, Twitter’s @TudorScribe, as a guest blogger”:

Continuing the Highway to Hell series.

What if you do remember whizzing past some of the signposts covered in the previous posts? A suggestion was put on the table for consideration, “Turn around.”

Yes, turn around, or as we learned, convert. What happens if you turn around? You may find you have some baggage to unload. Stuff that you might really want to keep. Stuff that you may feel you can’t live without. What do you do? Well, don’t do what the guy in the picture is about to do.

You know what the problem with the world today is?  We tend to think we are the only ones who have ever walked the earth.  By that, I mean, that the problems were are experiencing in our world today are NEW!!!  END_OF_DOCUMENT_TOKEN_TO_BE_REPLACED

I am still waiting for the Priest’s words to ring true.  I am waiting on the Grace of the Sacrament of Matrimony, as if it will somehow present itself and all will be well.  I think we are all like this, we want to see immediate results, feel the presence of the Holy Spirit, and be healed now! Continue reading…

Now that Wolf Hall is on Broadway and on PBS, a great many people will be talking about not only Thomas Cromwell but also Henry VIII, his first wife, Catherine of Aragon, his daughter, the Princess Mary, and of course his second wife, Anne Boleyn.

In my novels I take the opposite side of the Reformation from Hilary Mantel–my protagonist is a Dominican novice. But I also in my research have found many surprises in the religious choices of people who lived in the 16th century. Including the mother of Anne Boleyn.

Difficulty and suffering is part of the human condition.

Our faith tells us that our worth comes from God.

But society tells us that our worth comes from what we accomplish, what we look like, how much money we have.

Sometimes we listen to society just a bit too much.

Did you ever have one of those weeks that you thought you just might not survive?  I mean emotionally, not physically, although, sometimes emotional stress is worse than the most strenuous physical workout.  Well that’s the kind of week I had.

It not only left me battered and bruised, but it had me questioning every decision I have ever made as a wife, mother and friend.  I would no sooner  think I was on solid ground and the rug would be pulled out again!

In those times, although, not much fun, much growth can occur.  I found myself swept away in a current that had been building for quite some time.  Continue reading……

Whether known as the seven capital sins, the seven cardinal sins, or the seven deadly sins, they are all signposts on the highway to hell. 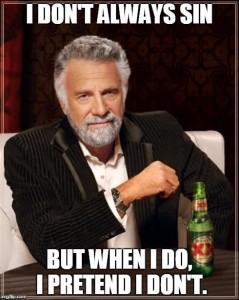 Are the Seven Deadly Sins also Mortal Sins? Doesn’t the meaning of the word “mortal” mean death, since being immortal means never dying?