Poverty Alleviated: It’s Up to You! 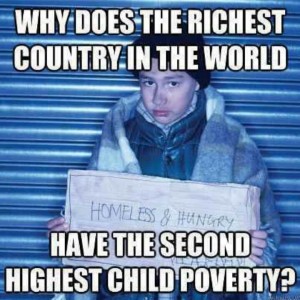 Poverty Can Be Eliminated

Poverty can be eliminated if we, to whom much has been given, were to share with those less fortunate. Everything that we have comes from the providence of God. Nothing that we think we own, do we actually own, for it could all be taken away in the blink of an eye. Everything belongs to God, and we are merely the stewards of his benefaction. Saint Francis de Sales says:

…our possessions are not our own; God has given them to us that we may cultivate them, and it is His will that we should render them useful and fruitful. 1

Therefore, what we do with our surplus matters in the eyes of God. Do we use it for the benefit of others, or do we consume it for ourselves? Read more…

When Karol Wojtyla (later Pope John Paul II) was bishop of Krakow, friends used to buy him new cassocks, which he would promptly give to poor priests in his diocese. He would continue wearing his old, worn-out cassock. In doing so, he imitated Christ, who “for your sake made Himself poor though He was rich, so that you might become rich by His poverty (2 Corinthians 8:9).” Not only those who take religious vows, but all of us are called to this evangelical (Gospel) poverty.

In the world, people avoid poverty. The Bible, however, blesses the poor and celebrates the virtues of the poor in spirit. The widow who was destitute gave generously to the temple; the rich young man “went away sad,” because he could not give up his many possessions to follow Christ.

When we have too many possessions, we easily become attached to them and place our trust in our own resources, rather than relying on God. Our many earthly concerns distract us from heavenly matters. We find it difficult to advance in holiness.