I recently discovered the writings of the “Forgotten Pope,” Pope John Paul I, who reigned for just over a month in 1978 before dying. While his body of work was very small, I find he had some insightful things to say. For example, in an audience on September 20th, 1978, he told this story of a personal experience:

Some one will say: what if I am a poor sinner? I reply to him as I replied to an unknown lady, who had confessed to me many years ago. She was discouraged because, she said, she had a stormy life morally. “May I ask you”, I said. “how old you are?”

—“Thirty-five! But you can live for another forty or fifty and do a great deal of good. So, repentant as you are, instead of thinking of the past, project yourself into the future and renew your life. with God’s help.” 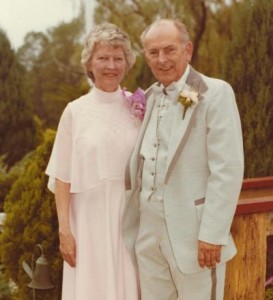 Today would have been my mother’s 95th birthday has she still been alive. Virginia Christesen Duffy was smart as a whip, yet only received a high school education. She’s the only person I know that would dare to complete the New York Times Sunday Puzzle in ink! I fondly remember the time my parents took me to Europe for a vacation. I was 19 years old. I took French for three years in high school, and I was ready and anxious to use it! We were in a French café, one day, looking at… Read More… 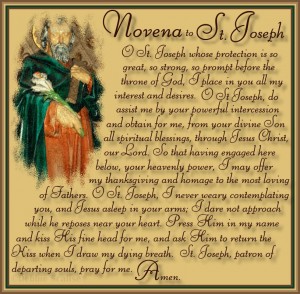 Friday, I begin the Novena to St. Joseph, asking for his intercession to pray for me. St. Joseph is known for being a faithful servant to God, for his protection and caring for the infant Jesus throughout his life. I am trying to be faithful to Jesus’ call for me to be a public speaker for the Catholic faith. Who better to go to for encouragement and prayers said on my behalf, for the virtue of faithfulness, than the saint known for his faithfulness! This Novena culminates on the ninth day, which happens to be the Feast of St. Joseph (March 19th).

Saint Joseph is known to intercede on our behalf when looking for work, which I am doing as well, as a public speaker. I have firsthand testimony on the power of prayer regarding this Novena, when it comes to looking for work. This time last year, my husband … Read more… 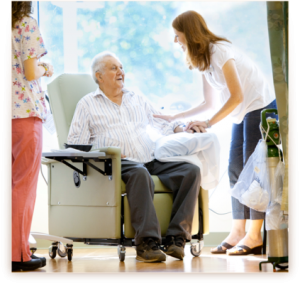 As promised, each month this year, I will cover an act, or acts of mercy. This month we will focus on visiting the sick as part of the Year of Mercy series, where we explore the corporal and spiritual works of mercy.

Have you ever had to stay in the hospital for an extended period of time? Or, have you ever been homebound while convalescing to better health? I have, and I can attest to the fact that it gets very lonely and scary, while lying in a hospital bed. Because of my clubbed feet, I spent almost half of my childhood either in the hospital, or recuperating at home. The nights in the hospital were the worst. Especially for a child, it gets scary being in a strange place at night. I just wanted to be at home, surrounded by my family, in my own bed. Therefore, anyone who would come to visit me, especially at night, made my day!

One thing to always keep in mind is the extent of Papal authority. By this I mean we neither downplay an actual authoritative statement of the Pope or elevate something which is merely a private opinion of the Pope. Popes can speak about the issues of the world where they are not theologically binding and were never intended to be seen as a teaching in the first place. There are many examples of this in recent times. For example, St. John Paul II and his Crossing the Threshold of Hope, or the unfortunate kissing of the Qur’an. Or Benedict XVI and his Jesus of Nazareth, the (unfortunate) comment about the “male Prostitute with AIDS” in Light of the World and his misunderstood Regensburg Lecture. And yes, Pope Francis and his brilliant The Name of God is Mercy, and his controversial news conferences and interviews. I could go back further and discuss the laws of the old Papal States or the Vatican policies with different nations through history. Some of those laws and policies are embarrassing when viewed today. But they weren’t magisterial teaching and an error there does not make the Pope a fraud or heretic.

I say again, whether these things are properly understood or misunderstood, they are not any part of the teaching authority of the Church, and must not be used to judge a Pope’s fidelity to the Catholic faith, even if a he should commit a gaffe or carry out an unwise policy.

hem as old teachings and point out how some teachings have changed from the past. People argue that If the Church changed teaching X, she can also change her teachings on contraception or divorce/remarriage. On the other side of the coin, when it comes to actions of the Church that people wanted to remain as they were, the common tactic is to appeal to the old writings and argue that they are irreformable and attempts to make changes are heretical.

I believe both groups display a lack of understanding about the Church and how she teaches. The fact is, when the Church teaches something is to be done or not done, we need to discern the moral absolutes that the Church holds always and the elements of what the Church mandates as how to follow the Church teaching when facing certain evils of a particular time. 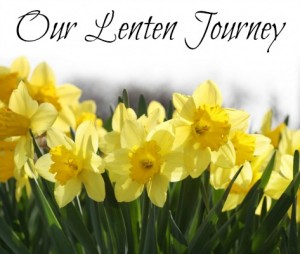 Can you believe it! We are already three weeks into Lent – half way through the Lenten season. I thought this would be a good time to check in with everyone to see how we are all doing with our Lenten sacrifices/growth in virtue.

Pope Francis gave us a challenge to give up “indifference” this Lent. As soon as I read this article I said, “Good idea, but this means that we will really need to strap on some virtue to accomplish this task.”

As you may recall, my Lenten promise was to practice patience, and not lose my temper so quickly. I knew that much prayer would be needed. Knowing that the root cause for losing my patience happens to be pride, … Read more… 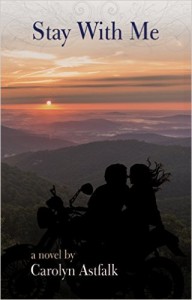 Awesome, simply awesome! That is it in a nutshell regarding the fantastic book, Stay with Me, by Carolyn Astfalk. This Christian fiction novel centers around two young people in their 20’s, named Chris Reynolds and Rebecca Rhodes. Chris is Catholic and Rebecca is not. This fact comes out early in the story. From that point on, we see two people of different backgrounds with different beliefs and baggage, who fall in love with each other. We see how they face the challenges of maintaining chastity in their relationship. We see how they grow in purity and love for one another. This book is packed with virtue, displayed, oh so brilliantly, by Carolyn Astfalk in the most positive manner.

For me, this book was a page turner. I couldn’t put it down! I had to know… Read more… 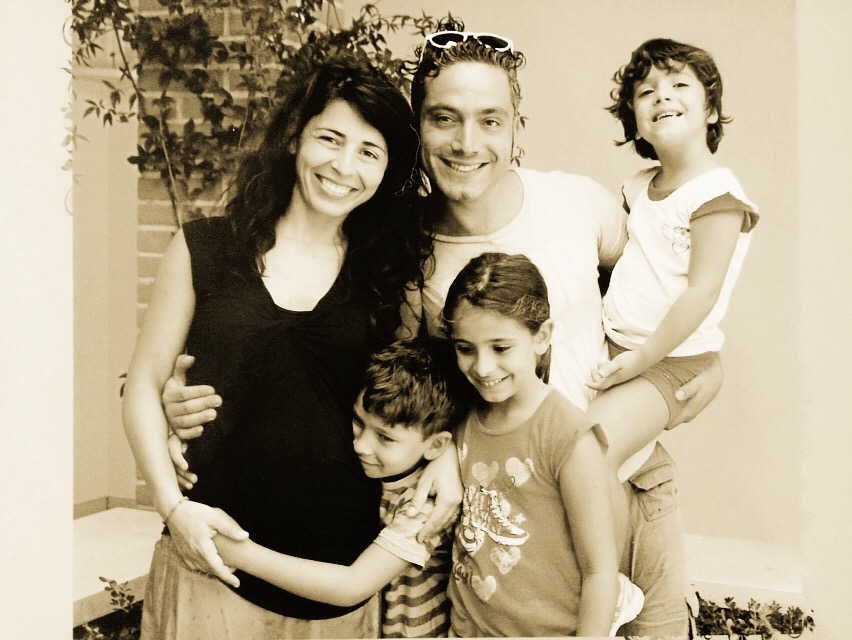 In the evening of February 27, 2015, I received a text message from my dear brother in Christ Alessandro: his sister Elisa had delivered her baby, was in surgery and they were not sure she would survive. He was asking me to spread the request for prayer to our network of American friends, those who have been students or faculty for the Gordon College in Orvieto program over nearly 20 years. Quickly I emailed and called several faculty and former Orvieto students to ask for their prayers. A few hours later another text – the hemorrhage that had begun during the birthing process was continuing and she was fighting for her life.

Through the night I was up several times nursing my own five-week-old baby, and that night checked my phone frequently. The next day, Saturday, we found out… read the rest of Elisa’s story on Reconciled To You 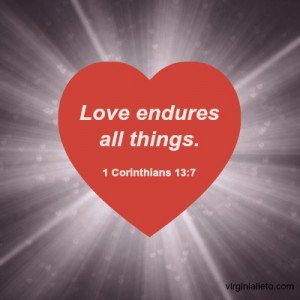 I have to admit that this well known passage on Love from 1 Corinthians is one of my favorites. At our wedding ceremony, my husband and I included this passage at our Wedding Mass some 36+ years ago. Little did I know then what this passage would mean over time. When you are young, you think you know everything as you enter the early years of adulthood. Yet, some 36+ years later, this passage continues to teach me what Love is all about.

I am married to a wonderful man. We have endured times of financial stress together,… Read more…