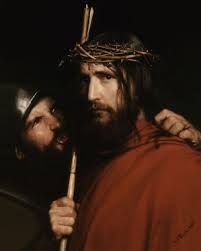 Looking at many of the reactions to the encyclical ‘on care for our common home’ by Pope Francis I began to wonder ‘what is meant by the world hating Jesus and His followers and why is  this hatred felt?’ Given the widespread welcome given to the document outside of rigidly conservative and rigidly liberal circles (one group wishes to go on polluting the other wants to impose artificial sterility on poor people) this may seem like a perverse subject to reflect upon at this time. I am reminded, however, of the time when a fiery sermon by St John Chrysostom against the practice of applauding in church was greeted with a standing ovation by the congregation. Individual propositions by Christ and His Church can be warmly welcomed but the whole package cannot be accepted without the profound interior conversion of which the Holy Father spoke. And it is the determination to resist conversion that is at the root of hatred to Jesus and those who faithfully follow Him. As our Lord put it Himself‘Whoever is not with me is against me, and whoever does not gather with me scatters’ (Lk 11:23)

To begin at the beginning, a very formidable and exceptionally varied coalition was formed to oppose Jesus during the time of His mission. It is easy at this distance to think that what united His opponents was greater than what divided them but really except on this one subject they were completely with odds with each other about almost everything. American Democrats and Republicans are more in harmony with each other than the enemies of our Lord were. From the Gospel we can see that His opponents included the Pharisees, the Sadducees, the Herodians, the High Priestly party and the Roman occupying power. Each of these groups had a distinct agenda and priorities which excluded those of their rivals. The followers of Jesus were mostly the anawim, the humble poor, who were either poor in fact or, like Joseph of Arimathea, poor in spirit. What is significant for our purposes was that it was possible for people to be anawim and Pharisee or anawim and Sadducee or even anawimand Roman and so on. The key to being a follower of our Lord was not outward allegiance but inward conversion. click here to read more