Seeking Truth: The Foolishness of “That’s Just YOUR Opinion”

I find myself shaking my head in disbelief when I come across people who write off Catholic teaching with some variant of “that’s just your opinion.” I shake my head because rationally that means we can write off their views of right and wrong on the same grounds. If one rejects a Christian’s arguments on these grounds, one can reject the arguments of an atheist on the same grounds. Under those assumptions, we can’t find truth about anything and we can only use legal or physical force to compel anyone to accept something. It’s ironic that people who claim to champion reason and enlightenment should promote a throwback to “Do what I say or I will bash you with my club!”

It’s not surprising that people believe this tripe. I recall a teacher in High School once give us a couplet: “Opinions are never right or wrong. Opinions are only weak or strong.“ The couplet confuses “opinion” with “preference” or “feeling,” leading to people thinking that a religious view on abortion is no different than a preference for a flavor of ice cream. Many dictionaries give that interpretation to opinion as well. But that is only one of the meanings.

An opinion on matters of right and wrong, as Merriam-Webster describes it, “implies a conclusion thought out yet open to dispute.” This means that the value of the opinion depends on how it matches reality.

In recent days, we’ve seen Bruce Springsteen, Brian Adams and Ringo Starr cancel concerts in states which have religious freedom laws. The argument used is that they object to intolerance (or a similar descriptor) in the law and will not give concerts there so long as these laws exist. Putting aside any questions of sincerity [*] some have raised, what we have is a moral argument. These musicians believe that something is morally wrong and refuse to play where people could misinterpret their actions as supporting something they believe is morally wrong.

But their action is ironic. The laws they protest are laws aimed at blocking legal action targeting Christians for refusing to take part in something they think morally wrong. In other words, sincere or not, to oppose religious freedom laws they appeal to the same moral argument that these laws protect. That leads us to the problem: Why are these laws seen as necessary? Because recent laws and judicial activism refuse to accept the right of religion to conscientious objection. Activist judges and lawmakers claim moral obligation in religion is discrimination against people who reject moral obligation in religion. Such actions result in governments dictating to the Church what religious beliefs they can hold.

To avoid accusations of harboring sympathies, I’ll start off by saying that the recent antics of certain radical traditionalists openly rejecting Pope Francis and disavowing Cardinal Burke over Amoris Lætitia was wrong. Effectively it was an elevation of oneself over the authority God gave His Church. I’ll also say that the politically liberal Catholics who support and promote things directly condemned by the Catholic Church are wrong for the same reason. Neither group practices the Catholic faith properly because both groups reject something crucial—the fact that the Church teaches with the authority given by Christ.

Now that I made clear that I have no sympathy for rebellion against the Church (in this day and age, people forget it quickly), I want to cover something we might be doing wrong in responding with these people. That response is one of ridicule and contempt shown for those at odds with Church teaching.

Imagine this scenario. A doctor heading a prestigious medical association produces an official document involving health and dealing with helping people afflicted by difficult situations. In response, a group of people show up on the internet, denouncing this document, accusing him of incompetence, and claiming his article goes against all medical knowledge that preceded it. Would you accept the opinions of these people on their say so? Or would you look into their qualifications to comment on the matter before accepting their views over the head of the medical association?

I believe we are witnessing this scenario in the Catholic Church today. A certain faction of Catholics are attacking the Holy Father (who has much more authority than the head of a medical association)…

What are we to make of the factions who are utterly convinced that the Apostolic Exhortation Amoris Lætitia is about letting people in sinful situations continue, only disagreeing over whether it is a good thing (the secular media and some liberal Catholics) or a bad thing (some conservative Catholics)? I’ve read the Exhortation myself and find it entirely consistent with Catholic moral teaching, including the task of determining culpability for a specific individual struggling with sin (Pre-Vatican II works call this casuistry but nowadays the term has received a pejorative meaning of rationalizing sin).

Determining personal guilt has always been a difficult assessment, and for a person who is suspicious of Church doctrinal “corruption” or scrupulous, the task of determining culpability can seem like promoting sin. It reminds me of a joke that goes like this:

Claiming a person chose wrong and chose so out of malice is a strong accusation. We must prove the accusation is true before we look for motives why the person acted in a certain way. If we don’t give proof, then our charge is not proven and all our speculation on motive is meaningless. This is why so many news articles and blogs aggravate me. People assume wrongdoing, then make wild accusations over why wrongdoing occurred. Here are some examples from the past week.

Struggling to Pull Defeat Out of the Jaws of Victory

The Vatican released Pope Francis’ Apostolic Exhortation, Amoris Lætitia, today. From what I have read so far (about halfway through), it is an excellent document which explores the meaning of marriage and family before considering the cases of people at odds with the Church teaching. The secular media is remarkably subdued, mostly keeping quiet about it. The text contradicts the predictions or accusations made about “opening doors” to changed Church teaching. Even one of the most notorious anti-Francis Catholic blogs posted a relatively subdued article about this Exhortation. 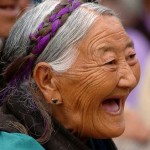 I was stunned when I first discovered this quote by St. Ignatius because I associated the soldier-saint, who founded the intellectual Jesuit order, with the serious, arduous Spiritual Exercises. I could hardly imagine St. Iggy spouting a phrase which appears at first glance to be flippant. Yet, this quote illustrates that Ignatius grasped a deep, spiritual truth which many Catholics do not understand:  joy is a gift from God. The average Catholic does not associate joy with holiness, but believes holiness is synonymous with Christ-like suffering. However, the truth is even redemptive suffering is not miserable when we are suffused with the love of God and filled with His Spirit. Joy is at the core of our spirit when we live in, with, and through Christ. This  holy joy is the source of a Christian’s strength.

“God Made Us For Joy”- continue reading

[12] Effectively the laws give Catholics an easy way of seeking to amend the condition and order of the State and to desire and will a constitution which, if not favourable and well-intentioned towards the Church, shall at least, as justice requires, be not harshly hostile. It would be unjust to accuse or blame any one amongst us who has recourse to such means, for those means, used by the enemies of Catholicity to obtain and to extort, as it were, from rulers laws inimical to civil and religious freedom, may surely be used by Catholics in an honourable manner for the interests of religion and in defence of the property, privileges, and right divinely granted to the Catholic Church, and that ought to be respected with all honour by rulers and subjects alike.

I’m struck by differing assumptions compared to the American experience of the last few years. Courts strike down laws passed to defending moral rights, The government vetoes or ignores laws they swore to uphold (without suffering repercussions for dereliction of duty). In fact, executive orders and judicial diktats deny believers the right to promote laws benefiting the common good, and target them for refusing to accept the moral changes the political and cultural elites impose on society.

I have encountered some hostility between Catholics who debate over whether to vote for a major party, third party, write in or not vote in the 2016 elections [†]. Since all of the candidates seem flawed in a major way in this election, I’m not going to attack their decision as sinful when it is obvious they are seeking to apply the Catholic teaching and their conscience [*] to what is a bad situation. But I do think some of the arguments given for voting their way are flawed and need to be rethought. Rethinking may cause some to change their minds and may cause some to develop better reasons for their positions. My hope is that my fellow Catholics will practice constant discernment of the issue between now and November so they might make the best choice as Catholics on how to vote.

The major dispute over choosing the major party vs. the third party is over who is the worse evil. Some insist there is absolutely a greater evil in the choice between the two major parties. Others claim they are both equally wrong. Those who hold there is a greater evil between the two choices point out that a third party vote is essentially a vote for the party they ordinarily oppose. Those who deny that one is worse than the other essentially say that they refuse to vote for a candidate they see as promoting evil, and since they think the two are the same, they will not vote for either one.

Christianity, believing God exists and that we must always seek to know, love and serve Him, sometimes finds itself at odds with a society which embraces values which reject what God commands. When that happens, we discover that the one unforgivable sin in society is choosing to obey God rather than men. I’m of the view that this happens because people don’t like to be told they are wrong in how they choose to live. If someone should dare to be a living witness to the fact that the values embraced by society are wrong, the society wants to silence that witness.

I believe Christianity receives this hostility because it is denouncing the idols of society. Sometimes those idols are literal, like the Roman Empire. Sometimes those idols are false ideas and values that deceive people into doing evil and calling it good. Either way, societies react badly when the Church says “I will not burn incense at your altar.” However, while some individuals may compromise, the Church herself cannot, and neither can the members who seek to be faithful to Our Lord. The Church is not called to conform to the world, but to lead it away from idolatry to the truth of God.