An Exorcist Tells His Story: Fr. Gabriele Amorth on the Power of Satan 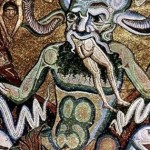 As we prepare to celebrate the liturgical season of Advent, it is appropriate that we consider the threefold reason for Christ’s Incarnation. They are: 1.) to destroy the works of the devil, 2.) to free man from Satan’s slavery and 3.) to establish the kingdom of God.

Fr. Gabriele Amorth was the Vatican’s Chief Exorcist. In that capacity he performed thousands of exorcisms through which he has garnered innumerable insights into the works and slavery of the devil. I recently read Fr. Amorth’s An Exorcist Tells His Story. To highlight his wisdom, I have reframed excerpts from, “The Power of Satan,”(pages 25-36) in An Exorcist Tells His Story into a Q & A or “interview” format:  Read more…

One frequently asked question is: “Why would an all-loving God create Hell, let alone, send souls there?” God did not make us to suffer. True, in the Garden of Eden, there did exist temptation, represented by the tree of knowledge of good and evil. Adam and Eve succumbed to temptation, spurred on by Satan’s lies. Having the freedom to love means having the freedom to reject love and the source of love, God. But evil, sin and Hell are Satan’s doing not God’s

In answering the above question, we revisit an interview by the Italian blog Stanze Vaticane, with the Vatican’s Chief Exorcist, Father Gabriele Amorth, in which he discussed his soon to be beatified mentor, Father Candido Amantini C.P., a Master Exorcist. Fr. Amantini was Rome’s chief exorcist for thirty-six years — often seeing 60 to 80 people per day. As such, Fr. Amantini witnessed demonic possession and interacted with the devil thousands of times.  Read more … 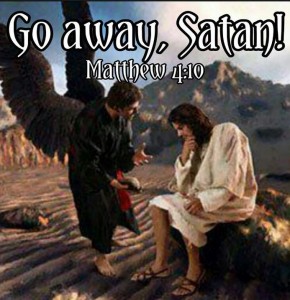 The devil knocks at our doors every day! Every time we are unable to resist temptation, we invite Satan to rule our lives. It’s that simple. For example, too much of anything creates an unhealthy imbalance, whether it is food, drink, sex, drugs, work, you name it. Worse, if we engage in immoral behavior, we not only open the door, but we set the table for the devil to take up housing and we push God away. So, what is the remedy? Embrace the virtue of self-control. Use your God-given intellect to make prudent choices. The first choice that you… Read more…

I used to have spiritual warfare dreams. For what seemed like hours, I would dream that a demon was trying to attack me. To repel him, I had to say, “In the name of Jesus, be gone!” Then he would leave–and be back a few minutes later. Over and over I did battle with demons. I would awake exhausted.

Spiritual warfare in daily life I don’t usually have such dreams any more. But some days I feel like they’ve become my waking reality. Life as a homeschool mom can be trying. I must overcome constant temptations. One moment, three kids ask me for help at once. The next, “J” spills juice on the floor I just mopped. Then two others get in a fight, and one talks back when I discipline him. All during math class.

Now none of these situations is major. But when you barely have time to breathe between one and the next, you get exhausted. You discipline in anger instead of love. You yell at the toddler for acting like a toddler. You argue with your older son.

Or maybe you don’t. But I often do.