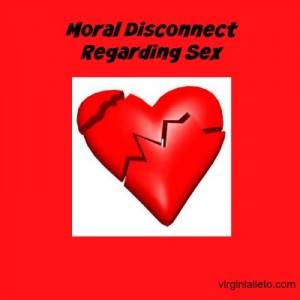 Moral disconnects regarding sex exist between God and man as a result of individualism, autonomy secularism, and concupiscence. Today, we are bombarded from all four fronts; fighting a moral battle within. Let’s start this discussion by first defining the four terms:

“…there is a tendency to grant to the individual conscience the prerogative of independently determining the criteria of good and evil and then acting accordingly. Such an outlook is quite congenial to an individualist ethic, wherein each individual is faced with his own truth, different from the truth of others.” 1

“…the right to determine what… Read more…

I’m honored that Sister Margaret Kerry, for forty years a daughter of St. Paul, reviewed my trilogy of novels on Catholicmom. I “met” her on Twitter. Sister Margaret proclaims the gospel in all sorts of ways, writing books and conducting workshops on media literacy. She’s great on Twitter! I’m often struck by how many wonderful people you can get to know on social media.

Sin and blame entered the world that fateful day when Eve succumbed to temptation and was cast Out of the Garden.

Even though we can no longer live in Paradise, God did not leave us, lets take a look at The Rest of the Story continue reading 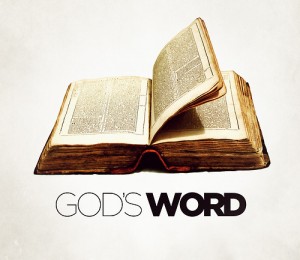 This month we’ll hear from the U.S. Supreme Court. Before we do that, let’s hear what God has to say on the matter of sex inside and outside of the covenant of marriage.

Sex is a gift from God as a means for expressing self-giving love and for procreating children. If we believe this, then it behooves us all to be cognizant of God’s will in how we are to “be fertile and multiply” (Gen. 1:28). If one was to think that the expression of sexual love between any two people should be acceptable, then why does God think differently about fornication, adultery and sodomy? He has maintained the same position on these acts since the creation of Adam and Eve, never changing His position.

Before going further, let us first define the… Read more… 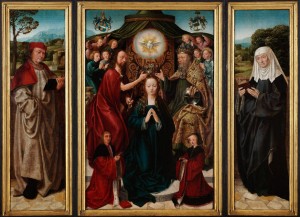 The Internet is full of people gloating over what they see as the defeat of the Catholic Church. Ireland, being long seen as a bastion of Catholicism, has voted for “same sex marriage” (62% voting yes) and the critics of the Church think this is a win-win situation. In their mind, either the Church changes her teaching and becomes what they want her to be or she refuses and goes extinct. In other words, they get what they want either way. At the same time, there are a lot of Catholics are looking for someone to blame. There are accusations being leveled that if the Church had done things differently, this would not have happened. In other words, both sides seem to look at this as a permanent loss for the Church.

There is no doubt that the implications of this vote are serious. Catholics have become so uninformed about that their faith that they think they can reject Church teaching as if it was an opinion, or even that it is compatible with the “greater truths” of the faith—as if Catholicism could be compartmentalized or one part set against another. But despite this apostasy in Ireland, this is not the “end of the Church.” Not universally, and not in Ireland (which Catholic bloggers love to ask as headlines). 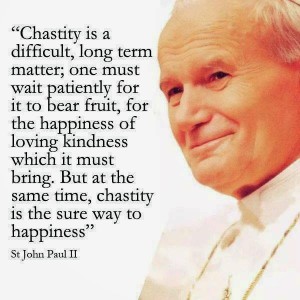 According to God, Adam and Eve were instructed to “be fertile and multiply” (Gen 1:28). Jesus affirmed this instruction by stating, “So they are no longer two, but one flesh. Therefore, what God has joined together, no human being must separate” (Matt 19:6). Jesus teaches that through the covenantal oath of marriage and through the sexual union that ensues, the husband and wife become one. As a married couple, they are free to engage in sexual relations; to bring forth new life, thusly fulfilling God’s command to be fertile and multiply. 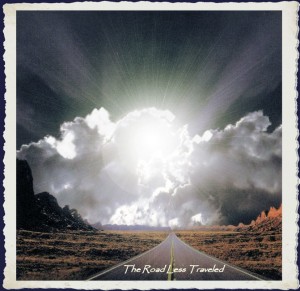 The road to purity (holiness) is paved with repentance, leading us away from sin. The virtues are our guideposts on our journey, so that we know we are heading in the right direction. Prayer and receipt of the sacraments are our fuel. The Ten Commandments and the Beatitudes are the laws of the road. The Bible is our roadmap that helps us plot our course. Our own bodies are our mode of transportation. If we were smart, we would put Jesus in the driver’s seat!

Where are we headed? Why Heaven of course! From the moment that God breathed life… Read more…

The challenge is to witness to the validity of our Catholic spirituality with a mature love, without 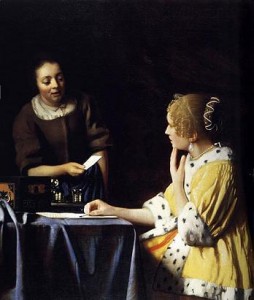 stooping to ridicule our Protestant brothers.  It is God who converts and convicts; we are simply called to tell our stories and to pray.  Then our sinfulness will not hinder any move of God

I am proud to proclaim I am a Catholic writer. A saved, born again, Spirit-filled lover of Jesus who expects to be accepted by Protestant lovers of Jesus, because I am a sister in Christ. However, my culture conspires against my attempts at reconciliation, because my language habits sound foreign to Protestant ears.  I am misunderstood and judged to be against the true faith by Bible-based Christians.

Initially, I wrote for secular and Protestant sites and felt I had to hide my Catholicism. When I finally wrote about my Catholic faith, I was immediately grilled and interrogated by shocked readers and co-authors. Yet God had His own agenda and through the moderator, forgiveness and unity began. Of course, the site decided to simply ignore my Catholicism and centre on my love of God.

I’ve been reading a book, What Went Wrong With Vatican II by Ralph McInerny that leaves me with a strange sense of déjà vu. The main premise is the rejection of authority in the 1960s did not come about because of Vatican II, but because of Humanae Vitae. A good portion of this book deals with the fact that the Pope made a binding teaching of the ordinary magisterium which people did not like, and to justify their dislike, they invented a theology  which never had been taught before which claimed the right to judge the teachings of the Church and reject those which they did not wish to follow.